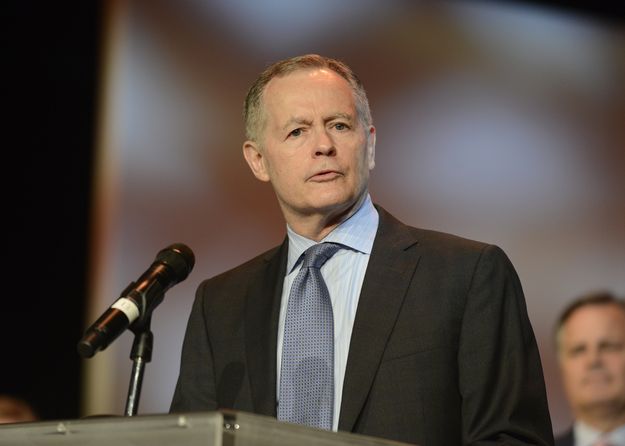 Through a video shared at the award ceremony, Lunceford’s accomplishments and contributions were lauded by U.S. Sen. John Cornyn, U.S. Reps. Eddie Bernice Johnson and Marc Veasey, Amb. Ron Kirk, former Dallas Mayor Laura Miller and Mary Kay President and CEO David Holl who all commended Lunceford on his tenacious and passionate work to advance the needs of an industry that delivered more than $34.5 billion in estimated retail sales last year.

“Michael is a champion for all direct sellers,” said Joseph N. Mariano, President of the Direct Selling Association. “He has traveled the globe working on behalf of the Association, the Direct Selling Education Foundation and his company to counsel all levels of federal, state and local government, pursued corporate social responsibility efforts and served as a mentor to countless industry colleagues. Michael is deeply respected throughout our industry, and we are pleased to honor his contributions as the 2015 inductee to the DSA Hall of Fame.”

Lunceford is the fourth executive from Mary Kay to be inducted into the DSA Hall of Fame. Past inductees include Mary Kay Inc. Founder Mary Kay Ash in 1976, Monty Barber in 1988 and former Mary Kay Vice Chairman Richard C. Bartlett in 1994.

“The Direct Selling Association has humbled me with this recognition,” said Michael Lunceford, Senior Vice President of Public Affairs for Mary Kay Inc. “I share this honor with all of my colleagues, both at Mary Kay and throughout the industry, who together, have supported, collaborated and advocated to advance the interests of the millions of people involved in direct selling around the world.”

Lunceford has served in numerous leadership roles for the board of directors and executive committees with DSA and DSEF, and was named to the DSEF Circle of Honor in 2003. He is currently President of the Board for The Mary Kay FoundationSM leading the Foundation’s two-fold mission to end cancers affecting women and domestic abuse. Lunceford received his BBA in finance and economics from Texas A&M University-Commerce and has a Master’s in Public Administration from Southern Methodist University. A noted civic leader and political advisor to local and national elected officials, he resides in Dallas with his wife and two daughters.