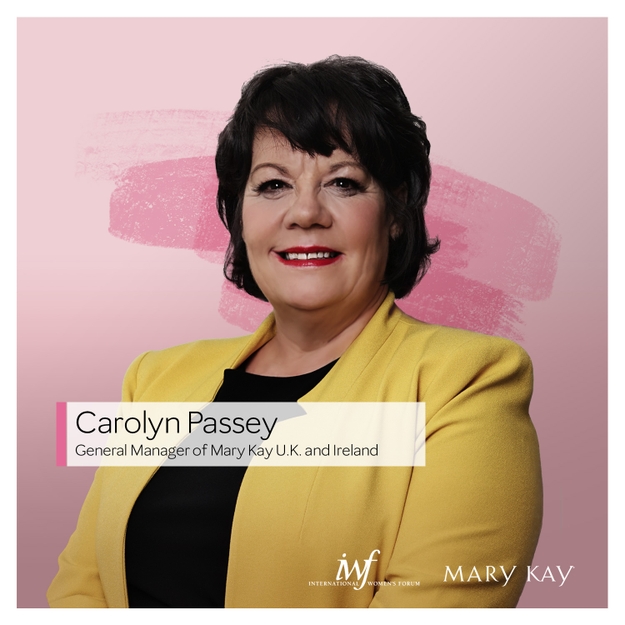 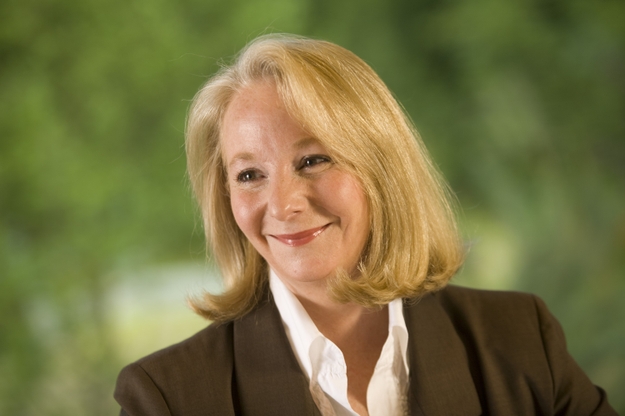 The live session tackled the ever-present issue for women across the globe: sexual harassment and abuse in the workplace. TIME’S UP UK stressed the critical importance of changing the culture to ensure a safe workplace free from harassment and referred to the work being done to define safety for women in film through intimacy guidelines.

The speakers with TIME’S UP UK included:

“TIME’S UP’s efforts will help bring about broader change for women in the workplace – worldwide and across industries,” said Carolyn Passey, General Manager of Mary Kay UK and Ireland. “As one of the world’s leading champions of women’s empowerment, Mary Kay is proud to support through IWF women leaders who are standing up to give fellow women a voice, help them embrace their identity and define their own boundaries.”

“What was increasingly apparent throughout the conversation was how #MeToo and TIME’S UP have had a huge and positive influence for changing the way productions work, how they are shifting to better practices in many new ways, and in particular with the new role of the Intimacy Coordinator,” said Dame Heather Rabbatts. “The conversation about safe sets is about how we make the culture shift, one industry after another, until we don’t need to have this conversation ever again.”

“‘Yes’, means yes, ‘no’ means no, and ‘maybe’ means no – we celebrate and embrace the ‘no’,” emphasized Ita O’Brien, when talking of the process during which actors get to voice their comfort level when shooting intimate scenes. The firm founded by O’Brien, Intimacy on Set, has put in place guidelines to provide clear lanes of communication and consent not only between actors, but also everyone else involved in shooting intimate and emotional scenes. “Clear boundaries actually create freedom and help understand what is right for you.”

“This line goes to the heart of the matter, and how we are all learning to express where our boundaries lie, and not being afraid to share them,” concluded Dame Heather Rabbatts. “Having in place some mechanisms to protect yourself is very important, so that we know we can exercise a ‘no’. This should empower us in all the sticky and difficult situations that happen in life, whether personal or professional.”

“It is invigorating to witness the influential work that female thought leaders and advocates have achieved over the past several years for the advancement of women’s safety and security in the workplace. These women, some of the most influential thought leaders in the United Kingdom, are on a mission to champion the next generation of women to become tomorrow’s leaders,” said Marty Wikstrom, Member of IWF U.K. and co-chair of the Cornerstone Conference. “IWF has been advancing women’s leadership and championing equality worldwide since 1974, and Mary Kay has been an advocate of women’s entrepreneurship and leadership since 1963. This session reflects a meeting of the minds, and we are proud to showcase this female-fueled partnership.”

About Mary Kay
One of the of the original glass ceiling breakers, Mary Kay Ash founded her beauty company more than 56 years ago with three goals: develop rewarding opportunities for women, offer irresistible products, and make the world a better place. That dream has blossomed into a multibillion-dollar company with millions of independent sales force members in nearly 40 countries. Mary Kay is dedicated to investing in the science behind beauty and manufacturing cutting-edge skin care, color cosmetics, nutritional supplements and fragrances. Mary Kay is committed to empowering women and their families by partnering with organizations from around the world, focusing on supporting cancer research, protecting survivors from domestic abuse, beautifying our communities, and encouraging children to follow their dreams. Mary Kay Ash’s original vision continues to shine—one lipstick at a time. Learn more at MaryKay.com.

About International Women’s Forum (IWF) and the Leadership Foundation
IWF is an invitation-only membership organization of more than 7,000 diverse and accomplished women from 33 nations on six continents. IWF advances women’s leadership and champions equality worldwide by connecting accomplished women both globally and locally. Members include Fortune 500 executives, government leaders from the local to sovereign level, international nonprofit leaders, and luminaries from the academy, arts and sciences: www.iwforum.org.

About TIME’S UP UK
TIME’S UP is an organisation that insists on safe, fair and dignified work for women of all kinds. In response to the growing TIME’S UP movement in the US, a group of UK-based women: actors, producers, writers and others from the film, TV and theatre industries catalysed a sister initiative in the UK. For maximum impact it is set up under the TIME’S UP brand and aims to amplify and reinforce the message already promoted in the US.

The UK movement seeks to build on key elements of the solidarity letter released by TIME’S UP and the statement by the activists attending the Globes, which emphasised the need to highlight the connections between the harassment revelations in Hollywood and the wider, systematic nature of harassment and violence against women across all industries, contexts and countries with the recognition that this issue is universal. We seek strength in unity and maximum cooperation. The activist statement also flagged the ways in which the TIME’S UP initiative joins an ever-growing collective of organisations, movements and leaders working to end gender-based violence. The UK work stands absolutely in solidarity with existing movements: TME’S UP UK is also now a recently formed charity, and as a charity we can only continue the work with support and donations. We all appreciate that we are experiencing unprecedented challenges but as TIME’S UP focusses on safety for all women in the workplace, which now includes the home, we hope you will be able to support us: www.timesupuk.org

About Intimacy on Set
Founded in 2018, Intimacy on Set provides services to TV, film, & theatre when dealing with intimacy, sexual content, and nudity. Its Founder, UK’s leading Intimacy Coordinator, Ita O’Brien, pioneered the role of the Intimacy Coordinator and since 2014 has been developing best practice Intimacy on Set Guidelines, which have been widely adopted in the industry. Championed by the TIME’S UP movement and others, the firm advocates for safe, fair and dignified work for everyone. O’Brien has worked on numerous high profile productions including Normal People (BBC3/Hulu), Sex Education 1&2 (Netflix), Gangs of London (Sky Atlantic), The Great (Hulu) and I May Destroy You (BBC/HBO), and has been widely covered in the national and international media as the leading spokesperson in this space: www.intimacyonset.com