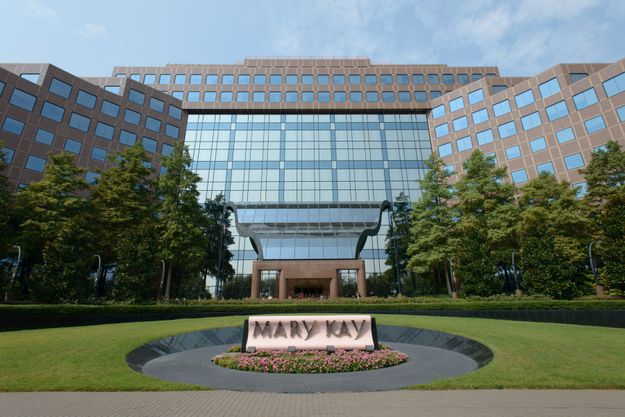 DALLAS – June 25, 2014 – The votes are in and it’s a win-win for Mary Kay Inc. ADDISON magazine’s readers cast more than 8,000 votes in the 2014 Readers’ Choice Awards and Mary Kay Inc. took home the honors for “favorite art gallery/museum” and “favorite office building.” Readers cast their votes from May 14 – June 6 in more than 80 categories including dining, attractions, shopping, lifestyle and business. The winners will be recognized in a special awards presentation on June 24 at Table 13 in Addison, Texas.

For the second year in a row, the Mary Kay Museum won its category and this marks the first year that Mary Kay’s global headquarters was nominated and won for “favorite office building” in Addison. With 13 floors, 599,000 square feet of space situated on 34 acres of land, the building itself is a beauty with more than 10,000 windows, four acres of glass and three acres of granite. The shell structure was built by a large savings and loan corporation in the mid-80’s but the interior was designed and finished by Mary Kay Inc. The building became the company’s global headquarters in December 1995 and was the first owner-occupied office building in the country to be awarded the Building Owners and Management Association’s (BOMA) 360 certification for its use of facility management best practices.

“For nearly 20 years, Mary Kay has called Addison home and we are thrilled that readers cast their votes and honored us with a double win in this year’s Readers’ Choice Awards,” said Gage Hunt, Director of Facilities and Administration for Mary Kay Inc. “The number 13 was Mary Kay Ash’s lucky number and the company was founded on Friday, September 13, 1963. It just so happens that the Mary Kay building has 13 floors and 13 passenger elevators. So with 13 being Mary Kay’s lucky number, it’s no surprise that her office and the executive offices are located on that floor. Today, Mary Kay’s office remains beautifully maintained as it was when she led the company.”

In addition to a full-service restaurant, fitness center and on-site health clinic, the Mary Kay Museum is also located within the company’s global headquarters. The museum first opened in 1993 to commemorate the 30th anniversary of the iconic beauty company. It’s part history lesson, part tribute and part recognition hall to the life of one of America’s most famous businesswomen, Mary Kay Ash.

“From videos and articles of Mary Kay Ash to some of the first Mary Kay® products to prestigious awards and accolades on display, the Mary Kay Museum showcases our company’s rich history, as well as its vision for the future,” said Jennifer Cook, Mary Kay Museum Director. “We are honored to be named favorite museum two years in a row by ADDISON magazine readers. A tour of the museum pays tribute to the millions of women throughout the years who have embraced Mary Kay’s vision, built its success and passed it on from generation to generation.”