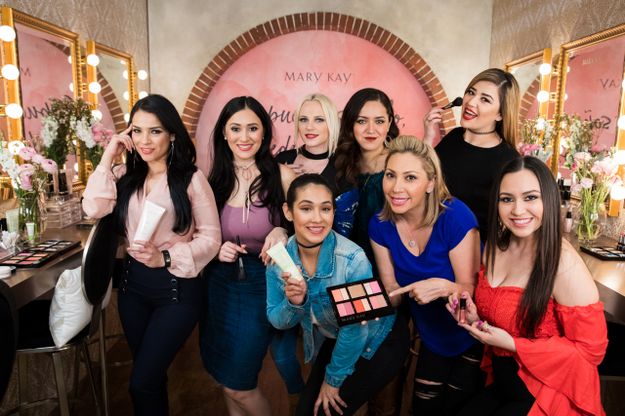 As the Hispanic market continues to grow for Mary Kay in the United States, Latinas made up more than 39 percent of new Mary Kay Independent Beauty Consultants in 2016 and make up 22 percent of the company’s total independent sales force.

“Serving as the official cosmetics sponsor for ‘La Reina de la Canción’ is a natural fit and opportunity for Mary Kay Inc., given our growing Hispanic sales force and customer base,” said Allyson Sellers, Vice President of Sales Force and Marketing Support. “As a company dedicated to helping women achieve their dreams, we are excited to empower these inspirational women as they compete for the dream of their life.”

Wearing Mary Kay’s bold colors and on-trend makeup looks designed by Mary Kay Global Beauty Ambassador Luis Casco, the contestants will compete to be the next “Queen of Song” in the inaugural season of the program. The women, referred to as “divas” by Univision, will be challenged to connect with audiences and judges as they use their voice to portray their emotional stories, struggles, achievements and more. As they create their on-stage identities, the women will undergo physical and emotional transformations that will prepare them to be the next “La Reina de la Canción.”

“La Reina de la Canción” airs from Monday to Thursday at 8 p.m. ET/PT and 7 p.m. CST on the network. The new “Queen of Song” will be announced in June.

At Mary Kay, success lies in our dedication to irresistible products, a rewarding opportunity and positive community impact.  For more than 53 years, Mary Kay has inspired women to achieve their entrepreneurial goals in nearly 40 countries.  As a multibillion-dollar company, we offer the latest in cutting-edge skin care, bold color cosmetics and fragrances. Discover more reasons to love Mary Kay at marykay.com