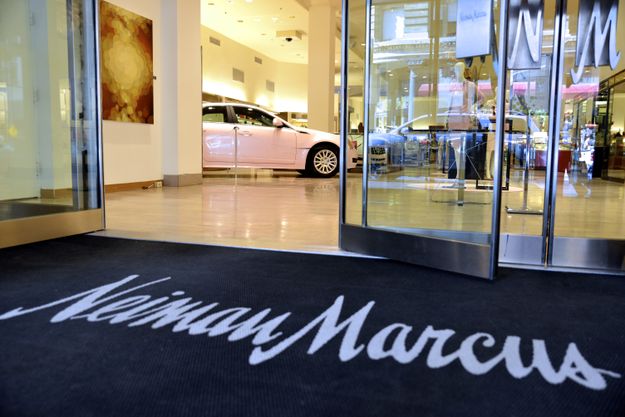 Neiman Marcus salutes Mary Kay Inc.'s 50th anniversary with a pink-themed display including a pink Mary Kay 2013 Cadillac CTS at their flagship location in downtown Dallas. The display runs through Aug. 7 in honor of Mary Kay's 50th anniversary and annual convention, known as Seminar, which brings 50,000 attendees to the Kay Bailey Hutchison Convention Center and delivers an economic impact of more than $49 million to the city of Dallas. Photo courtesy of Mary Kay Inc. 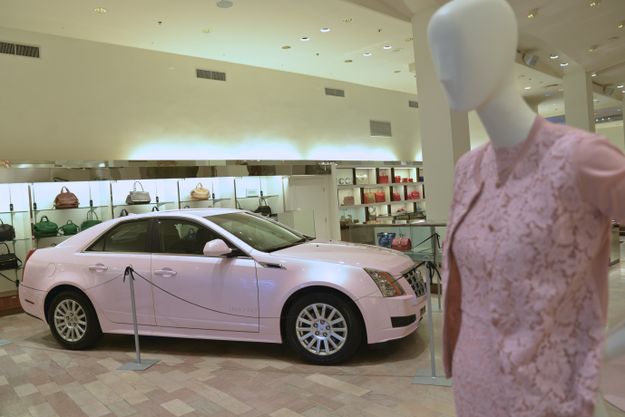 Neiman Marcus salutes Mary Kay Inc.'s 50th anniversary with a pink-themed display including a pink Mary Kay 2013 Cadillac CTS at their flagship location in downtown Dallas. The display runs through Aug. 7 in honor of Mary Kay's 50th anniversary and annual convention, known as Seminar, which brings 50,000 attendees to the Kay Bailey Hutchison Convention Center and delivers an economic impact of more than $49 million to the city of Dallas. Photo courtesy of Mary Kay Inc.

DALLAS (JULY 25, 2013) – Shoppers visiting Neiman Marcus’ downtown Dallas location this summer will be seeing a lot of gold, and not just from the sun-drenched Texas streets. They’ll also be seeing a lot of pink in honor of Mary Kay’s 50th anniversary.

Known for dazzling passers-by with their high fashion window displays, Neiman Marcus has dedicated four of their coveted windows at their flagship downtown Dallas store as a salute to Mary Kay’s anniversary milestone. The windows will glitter with gold in tribute to Mary Kay Inc.’s iconic founder, Mary Kay Ash, and her trailblazing legacy that inspired the company’s 50th Anniversary theme, “One Woman Can™.”

The windows were created through a collaborative partnership of visual designers with both Neiman Marcus and Mary Kay featuring a gold hand-beaded dress from Naeem Khan, curated by Neiman Marcus, alongside quotes and pictures in tribute to Mary Kay Ash. Fifty years ago, with $5,000 and a dream of enriching women’s lives, Ash launched an empire that now spans the globe changing millions of lives and inspiring countless others.

Neiman Marcus also pays tribute to Mary Kay inside the store with a pink-themed display featuring a unique collection of hand-selected designer clothing and accessories in pink and gold including apparel, shoes, handbags and jewelry. Anchoring the display is the signature symbol of achievement for Mary Kay Independent Beauty Consultants, a 2013 Cadillac CTS in custom Mary Kay pink.

“It is an honor to have Neiman Marcus join us as we celebrate Mary Kay’s golden anniversary,” said Sheryl Adkins-Green, Chief Marketing Officer for Mary Kay Inc. “We encourage everyone, including the nearly 50,000 Mary Kay independent sales force members who will be in Dallas for Mary Kay’s Seminar, to visit Neiman Marcus and see the beautiful displays that have been designed for Mary Kay, and shop the pink pop-up collection.”

Mary Kay is hosting its annual convention, known as Seminar, in Dallas from July 21 through Aug. 7 where the success of the company’s independent sales force is celebrated. Seminar is focused on recognizing Mary Kay Independent Beauty Consultants for their achievements while also providing education, inspiration and motivation for the year ahead. This year’s Seminar theme, in honor of the company’s 50th anniversary, “One Woman Can™,” pays tribute to the enormous impact Mary Kay has had on the lives of women around the world.

Mary Kay’s first Seminar in 1964 was held in the company’s first warehouse where 200 attendees dined on chicken cooked by Mary Kay Ash herself. This year, nearly 50,000 people will attend the event at the Kay Bailey Hutchison Convention Center in Dallas generating an economic impact of $49.4 million for the city according to the Dallas Convention and Visitors Bureau.

Irresistible products. Positive community impact. Rewarding opportunity. For 50 years, Mary Kay has offered it all. With 3 million Mary Kay Independent Beauty Consultants and $3 billion in global annual wholesale sales, Mary Kay is a top beauty brand and direct seller in more than 35 markets around the world. To learn more or to locate a Mary Kay Independent Beauty Consultant in your area, please visit marykay.com.