Drivers of Change in the Domestic Violence Field Convene in D.C. to Lead National Conversation 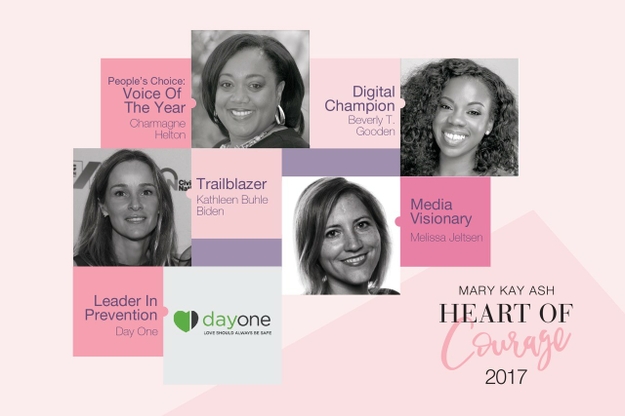 This evening, Mary Kay Inc. will honor unsung heroes in the fight against domestic violence at the Mary Kay Ash Heart of Courage Awards.

DALLAS – Oct. 12, 2017 – This evening, Mary Kay Inc. will honor unsung heroes in the fight against domestic violence at the Mary Kay Ash Heart of Courage Awards.  The inaugural program will be held at the Rayburn House Office Building, a congressional building for the U.S. House of Representatives in Washington, D.C., and will recognize trailblazers from across the country as they share their successes, as well as challenges, in ending this epidemic.

“For decades, Mary Kay has been committed to ending domestic violence.  This awards program recognizes those we stand alongside in this fight by bringing awareness and recognition to their tireless efforts,” said Anne Crews, board member of The Mary Kay Foundation℠ and Vice President of Public Affairs for Mary Kay Inc.  “During Domestic Violence Awareness Month in October, we come together in our nation’s capital to honor the passionate individuals and organizations who inspire us to continue to address this crime which impacts one in four women.”

At Mary Kay, success lies in our dedication to irresistible products, a rewarding opportunity and positive community impact.  For more than 54 years, Mary Kay has inspired women to achieve their entrepreneurial goals in nearly 40 countries.  As a multibillion-dollar company, we offer the latest in cutting-edge skin care, bold color cosmetics and fragrances. Discover more reasons to love Mary Kay at marykay.com.