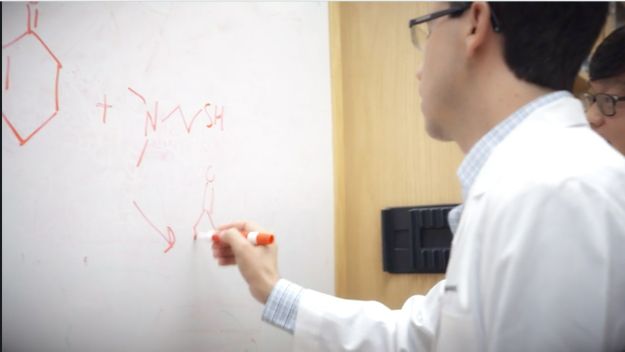 DALLAS – July 6, 2016 – As The Mary Kay Foundation℠ celebrates 20 years of pursuing its goals of eliminating cancers affecting women and ending the epidemic of domestic violence, the Foundation continues its steadfast mission by announcing a proposed slate of annual cancer research grants totaling $1.3 million to top medical schools and research facilities nationwide. This year’s highly competitive grant slate brings the total investment for the fight against cancer by the Foundation to $25.2 million since its inception in 1996.

According to the American Cancer Society, nearly 850,000 women will be diagnosed with some form of cancer in 2016. As the second leading cause of death in women, the Foundation continues its commitment to the cause by proposing 13 grants in the amount of $100,000 each. The Mary Kay Foundation℠ Scientific Review Committee, composed of prominent medical scientists and doctors, meticulously reviewed 58 applicants before recommending the proposed grants for some of the most-respected institutions in the country.

“As chair of The Mary Kay Foundation℠ Scientific Review Committee for the past 20 years, it has been an honor to help the Foundation support innovative and promising research to ultimately make an impact on the lives of thousands, if not millions, of cancer patients worldwide,” said Jerry W. Shay, Ph.D., Professor and Vice Chairman of the Department of Cell Biology for The University of Texas Southwestern Medical Center at Dallas and Chair of The Mary Kay FoundationSM Scientific Review Committee. “It’s imperative in science to push the boundaries of cancer research in a pursuit to develop early diagnostic tools and new treatments. With continued support through grants like these from The Mary Kay Foundation℠, scientists are afforded the critical opportunity for discovery.”

“The Mary Kay FoundationSM is proud to support these promising researchers who are working on critical discoveries that will impact lives for the better,” said Michael Lunceford, Mary Kay Inc. Senior Vice President of Public Affairs and Chairman of the Board for The Mary Kay Foundation℠.  “While the Foundation’s research grant program is focused exclusively on cancers affecting women, we know these highly coveted grants continue to fuel new research benefitting all types of cancer.”

About The Mary Kay Foundation℠

The Mary Kay Foundation was founded in 1996, and its mission is two-fold: to fund research of cancers affecting women and to help prevent domestic violence while raising awareness of the issue.  Since the Foundation’s inception, it has awarded nearly $41 million to shelters and programs addressing domestic violence prevention and more than $25 million to cancer researchers and related causes throughout the United States.  To learn more about The Mary Kay Foundation℠, please visit www.marykayfoundation.org or call 1-877-MKCARES (652-2737).