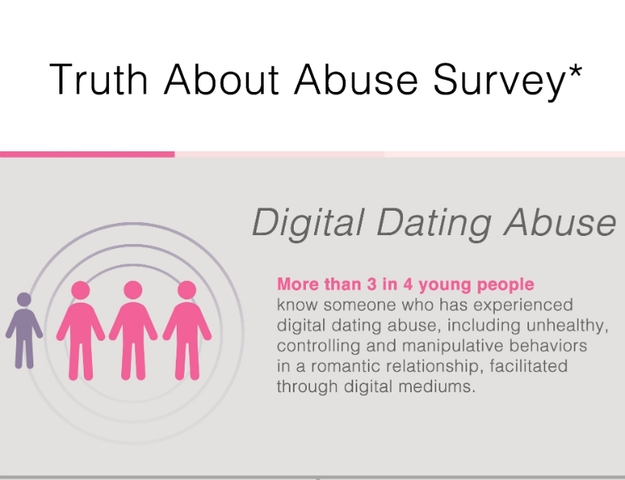 DALLAS, TX (January 31, 2019) – February is Teen Dating Violence Awareness Month, and young Americans are weighing in on the #MeToo movement.

As part of Mary Kay’s ongoing Pink Changing Lives℠ initiative, the global beauty company recently shared results from their annual “Truth About Abuse” survey, revealing that the #MeToo movement has likely contributed to young women—and men—feeling more comfortable reporting harassment experiences. In fact, nearly 2 out of 3 young people (62%) would be more likely to stand up against online harassment than they were in 2017. Even more (64%) would be more likely to stand up to in-person harassment compared to 2017.

“The data suggests that cultural norms and expectations are shifting in a positive direction,” said Julia Simon, Chief Legal Officer and Corporate Secretary at Mary Kay. “Young people feel more empowered to stand up for themselves and their friends in the face of abuse. However, more work is needed to raise awareness of the online harassment epidemic. As a long-time corporate leader committed to ending domestic violence, Mary Kay will continue its education and empowerment efforts for young people until no abuse goes unreported.”

Other positive highlights from the survey include: 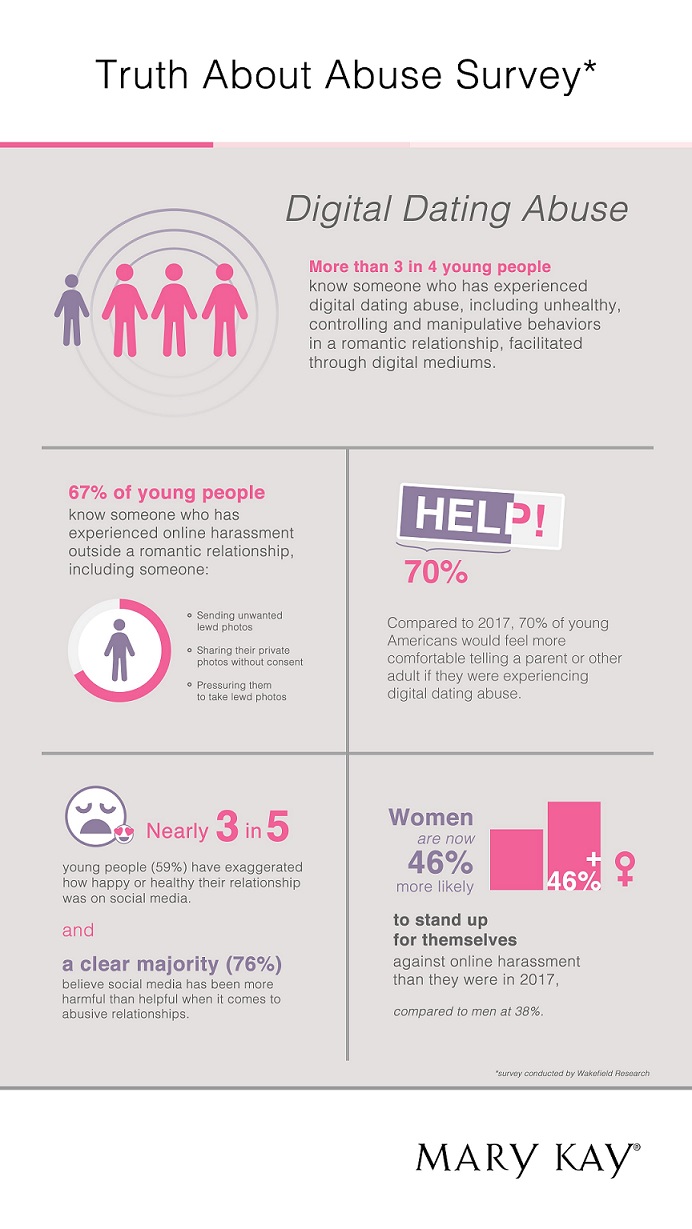 “It’s encouraging to see signs of progress in the way that young people understand and report harassment online and off,” said Jan Langbein, Chief Executive Officer of Genesis Women’s Shelter and Support. “But unfortunately, that’s only half the story. Mary Kay’s survey reveals that digital dating abuse remains pervasive in the lives of young people. As the #MeToo movement continues its positive momentum, it’s important that we take this opportunity to educate young adults and teens on what it means to build healthy relationships—whether in person or online.”

The “Truth About Abuse” survey is part of Mary Kay’s Pink Changing Lives℠ platform, which works to empower women while educating the public on recognizing the signs of an abusive relationship and how to take action. In partnership with Wakefield Research, 1,000 young people ages 13–24 nationwide participated in the survey as a representation of America’s young population. To date, Mary Kay Inc. and The Mary Kay Foundation℠ have given $57 million to domestic violence prevention and awareness programs in an effort to end the cycle of abuse.

At Mary Kay, success lies in our dedication to irresistible products, a rewarding opportunity and positive community impact. For 55 years, Mary Kay has inspired women to achieve their entrepreneurial goals in nearly 40 countries. As a multibillion-dollar company, we offer the latest in cutting-edge skin care, bold color cosmetics and fragrances. Discover more reasons to love Mary Kay at marykay.com.