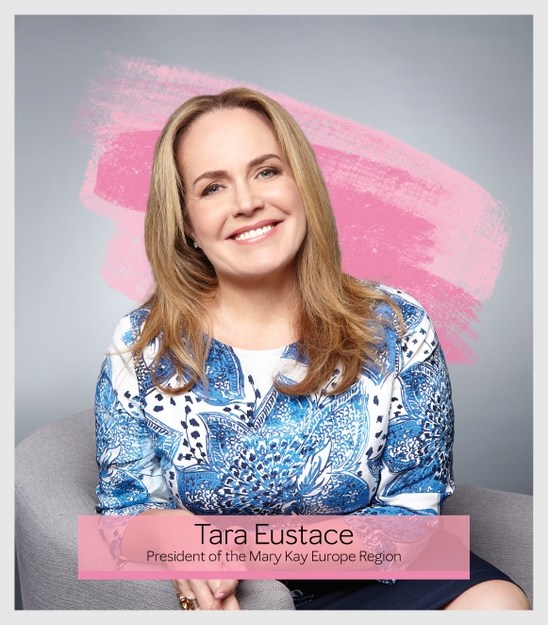 DALLAS, TX (JULY 10, 2019) – On May 22, the global beauty company announced Chairman and CEO David Holl is among the top ten most reputable chief executives in the world according to Reputation Institute’s 2019 CEO RepTrak® study. Reputation Institute, the world’s leading provider of reputation intelligence, measured the reputation of more than 140 global CEOs and canvassed more than 230,000 individual ratings among the informed public. The study was conducted in January and February of this year.

According to Kylie Wright-Ford, CEO at Reputation Institute, acting responsibly, behaving ethically and caring about social issues are the most important drivers of CEO reputation. In fact, according to Reputation Institute’s findings, CEOs are more likely to be judged on ethics versus profit margins. In this way, the perception of CEOs and the companies they lead are directly correlated.

This meaningful recognition echoes the series of milestones reached by Mary Kay in Europe over the past months. In 2018 and 2019, Mary Kay's Europe Region earned over 90 product and industry awards and counting — a testament to Mary Kay’s mission to enrich women’s lives, offer science-driven products women love and a long-standing commitment to give back to the community.

In a highly competitive environment, Mary Kay’s business values stand out around the world, and shine in Europe,” said Tara Eustace, President of the Mary Kay Europe Region. “Each of these awards materialize the truth of our commitment; they also provide Independent Beauty Consultants in Europe pride to celebrate with their customers and share product news and updates, while reinforcing confidence in the brand,” added Eustace.

Seldia, the European Direct Selling Association, recently recognized Mary Kay Europe as “Best Company of the Year” at its 2018 Astra Awards. In July 2019, Mary Kay Belarus received the “Direct Sales Cosmetic Company Number One Award” from the “Number One” annual national awards. In June 2019, Mary Kay Ukraine was recognized as “Number 1 Direct Selling Cosmetic Brand” in the “Favor of Success” survey. Mary Kay Spain has been the 2014, 2015, 2016 and 2017 “Number 1 Direct Selling Cosmetic Company” according to the Commercial Register data.

In April 2019, Mary Kay Russia’s General Manager, Alla Sokolova, received the "Manager of the Year Award” from Russian Business Guide's People of the Year, recognizing her contribution to the development of the Russian economy and entrepreneurship in Russia.

Excellence in Women’s Entrepreneurship and Empowerment

Mary Kay Russia also received the “2018 Best Social Project of Russia Award” for its “Beauty of Confidence” campaign and Skin Care Labs. The Best Russian Social Project annual contest was held in May, with more than 70 companies submitting their social projects. The program was created to support the Russian government’s plans to strengthen social policies.

Mary Kay Belarus received a “2018 Brand of the Year” Silver Medal in the Social Responsibility category for its socially active position. The award was a result of the implementation of the “Beauty That Counts” program and the company's contribution to the development of women's entrepreneurship in Belarus.

Mary Kay was recognized in the “2019 Spring Omni Awards” with a coveted gold ranking in the Educational category for its innovative Link & Learn™ sales education system. The e-learning platform hosts a robust learning curriculum designed to amplify educational support for the independent sales force and increase their business success. It also connects Mary Kay Independent Beauty Consultants to a learning community based on content, accessibility and localization. Mary Kay’s Link & Learn™ was also awarded a “2018 Technology Excellence Award” from the Brandon Hall Group last January with a Bronze Medal in the category of Best Advance in Learning Management Technology for External Training.

Excellence as an Employer

With more than 1,500 patents and a team of scientists dedicated to producing innovative products backed by proven results, Mary Kay® products garnered more than 40 awards in 2018 and already 22 in 2019. Among the products distinguished by the Beauty industry and consumers, Mary Kay TimeWise Miracle® 3D set, TimeWise Repair® Lifting Bio-Cellulose Mask, TimeWise® Vitamin C Activating Squares™, and Oil-Free Eye Makeup Remover, were the most rewarded.

One of the original glass ceiling breakers, Mary Kay Ash founded her beauty company more than 55 years ago with three goals: offer rewarding opportunities for women, manufacture irresistible products and make the world a better place. That dream has blossomed into a multibillion-dollar company with millions of independent sales force members in nearly 40 countries. Mary Kay is dedicated to researching the science behind beauty and to manufacturing cutting-edge skin care, color cosmetics, fragrances and nutritional supplements. Through the Mary Kay FoundationSM, the company has awarded more than $78 million to cancer research and domestic violence shelters. Mary Kay Ash’s original vision continues to shine—one lipstick at a time.

About Reputation Institute
Reputation Institute helps leaders at the world’s largest companies build credibility with the people that matter most to them by delivering data-driven insights about how they are truly perceived. We do this with RepTrak®, an unrivaled technology that provides actionable insights across industry, competitor, and company analysis. Past and present clients have included Whirlpool, Barnes & Noble,​The Estée Lauder Companies, ​JP Morgan Chase & Co., LEGO, P&G, Cisco, and Telefonica, among many others.

Seldia recognizes the outstanding achievements of organizations that demonstrate excellence in empowerment, entrepreneurship and a commitment to producing best-in-the-industry products. Representing 28 national direct selling associations and 20 member-companies throughout Europe, Seldia’s mission is to promote the interest of national direct selling associations and direct selling companies in the European footprint. “Best Company of the Year” recognizes the corporate member that best raises awareness of the direct selling method of distribution, promotes the method’s socio-economic benefits and demonstrates a strong commitment to supporting the mission of Seldia.